i literally just ripped this post from another site, was a great read and hope you all like it also, all praise should go to the author

This was a great post I spied over on No Turtles Allowed about improving your game.
This is written by  "The Hod", and hope you enjoy it.

I am writing this guide on how to improve your gaming when it comes to 40k. Now this can be applied to other wargames and some other games but the methodology I use is something that is part experience, part game theory, and part observation.

This is not a tactics article and I do not believe in writting tactics articles are any help due to numerous factors such as terrain, army, opponent.

This guide may lay out things in simple steps but achieving success is much harder than explained in this blog post. I do not want to go into list building since 6th edition might change the dynamics of the game and invalidate the article. But if you follow the steps listed and put foward some effort both in and out of the game, you will be successful and your gaming will improve. 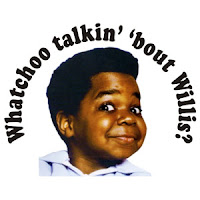 Finding an army and a playstyle is extremely important. Picking an army also means you are investing hundreds of dollars on models and it would be a waste only to find out it has all been for nothing and you hate playing the army.

When people ask me about what they want in lists, I always ask this question first: "What is your playstyle?"

I could give them a gunline list but it would be a waste if they favor hand to hand. If you are having trouble determining a playstyle, take a look at some of the video games you play. FPS wise, if you favor run and gun; that means a mobile mech army would be good with hard hitting troops inside. If you love to snipe, generally your a ranged type of player and go for gunlines. Finally if you enjoy supporting your team with abilities and items, have fun with wargeared out lists that let you become batman on the tabletop.

Find an army that you like for both the style and substance. I always tell new players to do a marine army and from there you have access to army books that offer different spectrums of styles for marine players. There is a style for nearly everyone in 40k, its a matter of you finding the army to support it.

Knowing who and what you are playing is a benchmark on how successful you will be as a player. The majority of my games that I have lost were due to mistakes I have made fighting unfamiliar armies, missions, or rules and then getting blindsided by them. What you need to do is buy every army book or have access to one.

Read the armylists and familiarize yourself with the wargear and troops. Marc Parker taught me a lesson with "Know your enemy" as he beat me early on and I took it to heart by reading every book. This saved my ass last year when I realized an opponent used a power that he couldn't normally do in hth and my game went from a loss to a win when I realized the error. Also read the rule book and keep up on the FAQs as some strategies may be viable or unviable depending on how they rule a particular issue.

If you can watch games people play and learn the combos people are using. If a tournament has their missions available before the event, read up on the missions and plan your army accordingly. Also know your strengths and weaknesses, I know what my weaknesses are and I try to compensate for them while gaming. Knowing what you can do and what your opponent's army can do is essential in gaming successfully.

To Netlist or not

Netlists are generally unsuccessful as the players just copy it and rarely mold it to their liking or playstyle and then wonder when they get crushed.

But a netlist I consider a valuable tool when it comes to army building. If you find a particular netlist to your style, go ahead and copy it. Now play with it a few times and start tweaking the army. If you feel you need more anti-tank, get rid of a few things to include it. This theoy of gaming was David's as his theory of becoming a great 40k player involved mastery of an army and playing it enough to cover any situation.

I agree with this theory and adopted it with my Dark Eldar from 3rd to 4th and had one of the best win percentages than with any other army.  But it involved both playing my army to know what it can and cannot do and knowledge of other armies to assess what to do in order to beat them. It was one of the earliest netlists for Dark Eldar (2002) but I took that list and made it my own by tweaking and adapting over the course of 6 years playing with it. Do not ever look down on a netlist, instead think of it as a starting point. 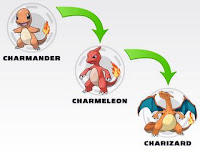 This guide is only a small portion but it lays the ground work of things you want to work on away from the tabletop. You can go on DakkaDakka to find plenty of articles on tactics of what to do in a game.

To me, 40k is less about tactics and more about playing the game. Some people take 40k way too seriously and consider themselves the 2nd coming of Patton but the way I see the game is much like how I see playing Monopoly: achive the object of the game and win.

Most of the objectives are not complex and its a matter of keeping your head in the game and minding the objectives and you will do fine. Find and army that you like how it plays and run with it. Learn about other armies and rules to maximize damage and minimize yours. Finally, build upon other people's ideas and make your own with experience and adaption.

Dave along with "TheHod" have their own blog where they muse about modeling and the competitive scene. You can check it out here No Turtles Allowed